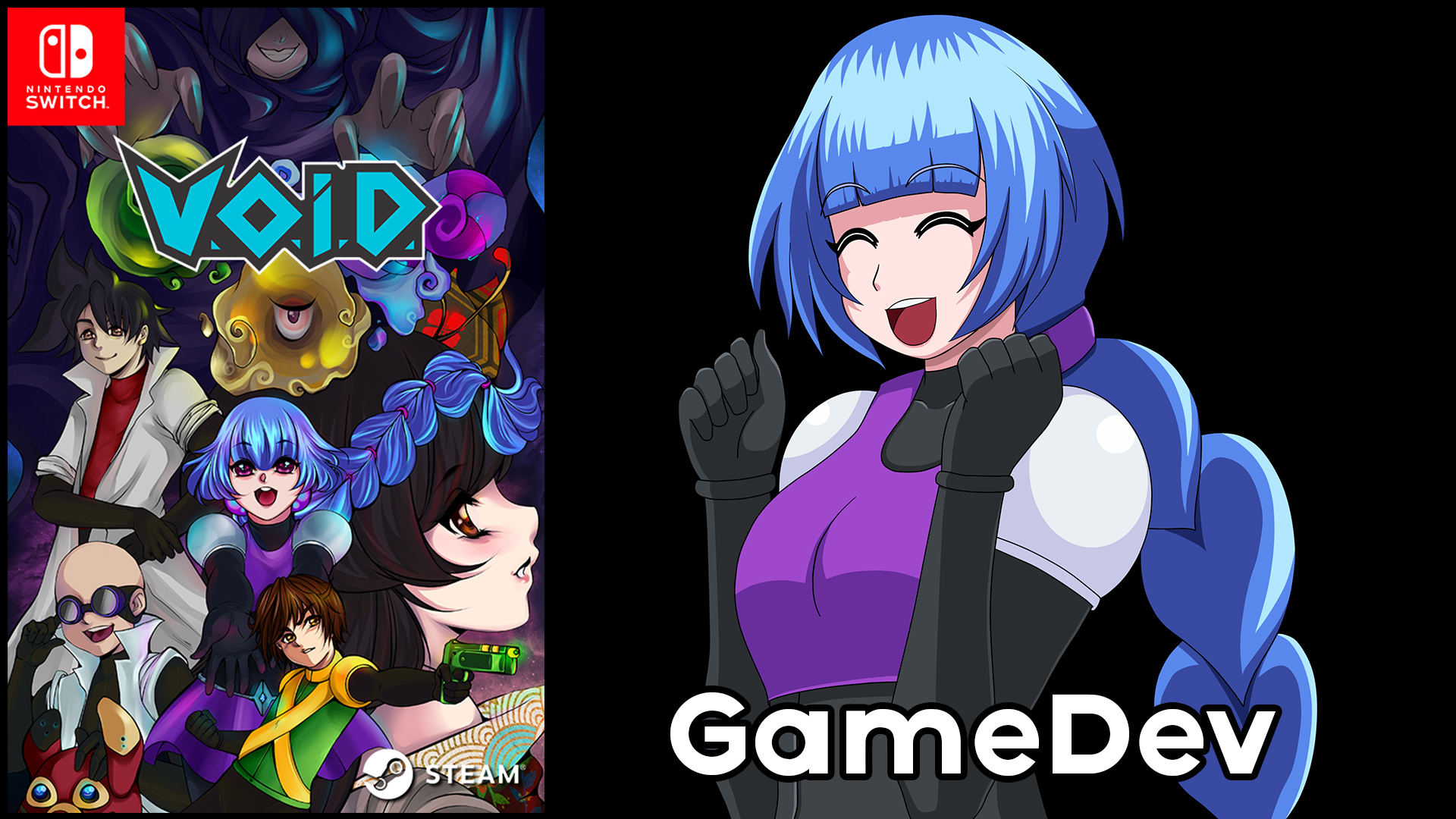 In NAPE GAMES we are big fans of the retro and taking inspiration from the 8 and 16 bit versions of great classics of the genre of the platforms, like the anime of the nineties and our own personal touch we have developed with Jandusoft our debut opera that we have called V.O.I.D.

V.O.I.D. represents everything we like and therefore we strive to bring an experience that many will remember, but at the same time feel fresh and renewed thanks to the implementation of current techniques and procedures so that both the most hardcore player and the casual can fully enjoy the adventure.

The story of V.O.I.D. It takes us to a very distant future inhabited by the PLOIDS that are the next step in human evolution after having mixed the technology within their DNA. Some time later the planet was invaded by an alien race from an unknown galaxy whose objective is to destroy everything in its path until one day a group of PLOIDS decided to arm themselves with courage and restore peace on Earth. To do this, they would have to travel back in time to obtain the sacred stones that will grant them the necessary power to defeat this threat from another galaxy. So the destiny of the Earth will fall to two PLOIDS called Alpha and Omega who will be in charge of traveling through ancient times in order to carry out such an important search.

V.O.I.D. is made up of a total of eight zones located in different time zones such as prehistory, Feudal Japan or the Middle Ages, adding a total of fifty levels that Alpha and Omega can cover in their entirety by passing dangerous obstacles and facing different enemies that will prevent are made with the sacred stones. Although as a goodvideo game inspired by the classics, we have implemented a convenient password system so you can continue your game whenever you want.

Taking advantage of the story of V.O.I.D. It is centered on Alpha and Omega, we have used this to provide two completely different gaming experiences, giving both characters their own unique characteristics that affect the way the tour of the different levels takes place. With Alpha the adventure will be like a platform title where we will have to use our reflexes and find alternative paths to move forward, while with Omega the story will be quite similar to that of a Run n´ Gun where we will have to move forward in our adventure fighting the different enemies that will appear in our path.

As we seek to mix the era of 8 and 16 bits with the design of manga and anime harmoniously, the artistic design was the responsibility of Álvaro Rivas and Napoleón Malpica, while the conceptual arts were made by Álvaro Rivas y Reresita and a Team formed by Christian Prada, Napoleon Malpica, Perpetual Diversion and United Games were responsible for making that pixel art with retro flavor that you will see throughout the adventure.

But not all retro inspiration goes in the gameplay and graphics, but we have also implemented it to sound using special effects that more than one will make you feel a certain nostalgia, while the band is on behalf of three fantastic and Talented composers (Souichi Sakagami, Filipo Vicarelli and Jesús Quintero) who have given the best of each of their particular styles to deliver vibrant melodies that fit perfectly to the different moments you saw in V.O.I.D.

Importance of sounds for setting up a videogame

Welcome to the physical edition of the most iconic Nape Games!